The Renaissance of Etching

This groundbreaking study traces etching’s origins from its original use as a method for decorating armor, through its reimagining in fifteenth-century Germany as a printmaking technique, to the medium’s rapid spread across Europe. Unlike engraving and woodcut, which required great skill and years of training, the comparative ease of etching allowed a wide variety of artists to exploit the expanding market for prints. The early pioneers of the medium include some of the greatest artists of the Renaissance, such as Albrecht Dürer, Parmigianino, and Pieter Bruegel the Elder, who paved the way for future printmakers like Rembrandt, Goya, and many others. Richly illustrated and including a wealth of new information, The Renaissance of Etching explores how artists in Germany, the Netherlands, Italy, and France developed this new medium, and how it became one of the most versatile and enduring forms of printmaking. 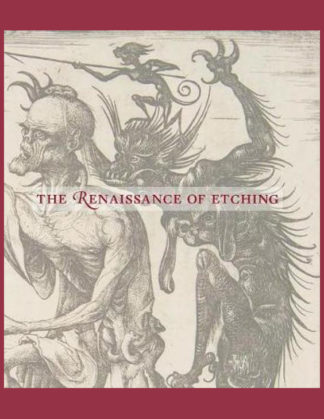 Je bekijkt nu: The Renaissance of Etching €62,50
In winkelmand
0