The Photobook in Art and Society: Participative Potentials of a Medium

Since the turn of the millennium, the analogue photo book has experienced an international boom, developing into its own art form: a kind of visual literature, somewhere between the novel and film. More and more often, photographers are publishing their works in this format rather than only as part of exhibitions. However, the photo book as an art form is hardly known to a wider public. The multiyear project “Welt im Umbruch” (World in Transition), which the Montag Stiftung initiated together with the PhotoBookMuseum, made one attempt to change this. In Rostock, Duisburg, and Kassel, members of the public were able to get to know photobooks as an artistic form of expression and to design photobooks of their own.

This volume not only documents the experience-based knowledge of all participants but also introduces the history of the photobook along with theories and current practices of participative art. It collects contributions on the production and distribution conditions of photobooks from Asia, Europe, and the United States. In addition to the medium’s political and emancipatory potential, topics discussed include the reasons for the analogue photobook’s enormous appeal in the digital present. 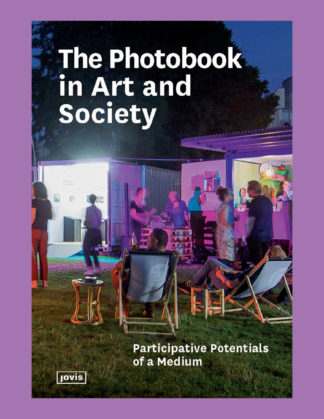 Je bekijkt nu: The Photobook in Art and Society: Participative Potentials of a Medium €42,80
In winkelmand
0