The Origins of the World: The Invention of Nature in the 19th Century (Musée d’Orsay)

The 19th century saw an unprecedented development of the natural sciences. While the great voyages of exploration testified to the diversity of the world and the variety of living species, geology revealed the unimaginable antiquity of the earth, and the study of fossils revealed the beginnings of life and the existence of extinct species, including dinosaurs. The discovery of prehistoric man also raises questions: how to represent him? Who was the first artist? In the second half of the century, Darwin and his followers questioned the origins of man, his place in Nature, his links with animals and his own animality in a world now understood as an ecosystem. This upheaval in the sciences, as well as the public debates that crossed the century, had a profound influence on artists. The symbolist aesthetic of metamorphosis was then filled with monsters and hybrids. The infinitely small, botany and the ocean depths inspired the decorative arts. At the crossroads of science and art, this book compares the main milestones of scientific discoveries with their parallel in the imagination. 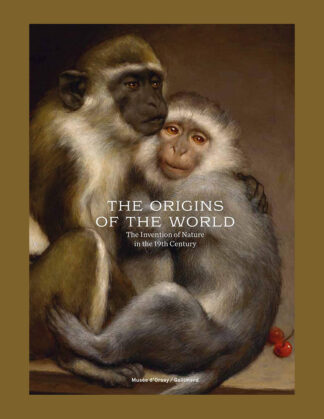 Je bekijkt nu: The Origins of the World: The Invention of Nature in the 19th Century (Musée d’Orsay) €45,00
In winkelmand
0