When it was completed in 1911, the Goldman & Salatsch Building in Vienna, commonly known as the Looshaus, incited controversy for its austerity and plainness. It represented a stark rejection of the contemporary preference for ornamentation, though its architect, Adolf Loos (1870-1933), had intended it to preserve Viennese tradition within a new modernist language. The heated debate that ensued among critics and the public set the project apart, distinguishing it as one of the most important and contentious buildings of the early 20th century. In celebration of the Looshaus’ centennial year, Christopher Long, a leading authority on Viennese architectural history, brings to light extensive new research and careful analysis that dispel long-held myths about Loos, his building, and its critical reception. The book, which features new colour photography and a vast array of archival materials in print for the first time, tells the remarkable story of the Looshaus’ design and construction, the political and social restlessness it reflected, and the building’s fundamental role in defining the look of modernism. 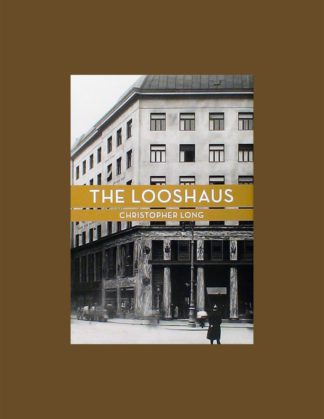