From Picasso to Léger

Widely considered the most influential art movement of the twentieth century, cubism revolutionized European painting and sculpture, challenging Renaissance depictions of space by depicting figures as dynamic arrangements of volumes and planes. Tracing the growth of cubism between 1908 and 1919, The Cubist Cosmos reveals the movement’s enormous stylistic range and its revolutionary potential for the art that would follow, as well as the way representatives of the avant-garde adopted and transformed its pictorial language.
In chronologically and thematically devised chapters, The Cubist Cosmos demonstrates how the influence of folk art, archaic sculpture, and the works of Paul Cézanne became increasingly evident in the paintings of Pablo Picasso and Georges Braque. As the book shows, crystalline and geometric elements began to appear in 1908, followed by the domination of cubism’s characteristic prismatically fragmented forms and an almost colorless austerity through 1911. The authors then follow this new pictorial language as it was taken up by artists like Juan Gris, Fernand Léger, Robert and Sonia Delaunay, and Henri Le Fauconnier, who expanded and displayed it in large formats in the salon exhibitions of the Paris art world. 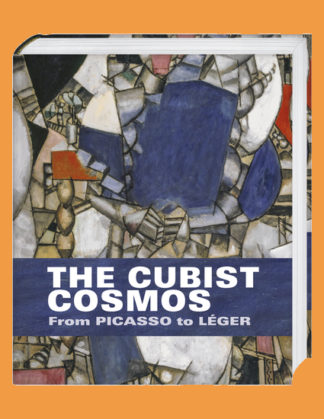