Temple and Teahouse in Japan

After a trip to Japan in 1953, Werner Blaser published his landmark book on Classical Japanese architecture. His studies of 17th-18th-century wooden buildings document minimalist, grid-based structures using stark black-and-white photographs, some color photographs and numerous line drawings. His book, highly prized in terms of design and content, contributed significantly to introducing Japanese aesthetics to Western architecture, art and graphics. Mies van der Rohe, for example, gave it to many of his friends.
The reprint is enriched by a text on the history of the book by Christian Blaser, Werner Blaser’s son, a contribution by Inge Andritz on Mies van der Rohe and Japanese architecture, and a personal afterword by Tadao And.
The hardcover edition resembles widely the first edition originally published back in 1955. 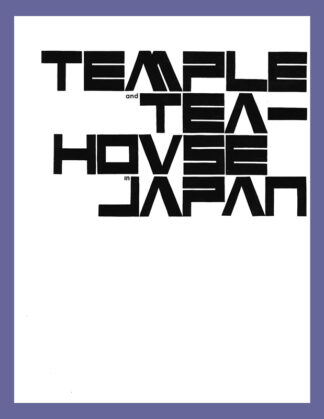 Je bekijkt nu: Temple and Teahouse in Japan €42,00
In winkelwagen
0