He is the self confessed “Idol Thief” who raids the cupboards of Indian culture, stealing the sacrosanct and the vulgar alike to make works that speak about a sub-continent on the move, but also about art itself, its chamaeleon-like ability to be different things in different places and yet to communicate in a language that can be understood by all.

This book documents the artist’s first solo exhibition in London and features an interview between Gupta and Hans Ulrich Obrist, and an essay on his work by Martin Herbert, offering a unique insight into an expansive, multifarious practice. Working here in aluminum, bronze, watercolour, stainless steel, fiberglass, neon, and found objects, Gupta collides everyday objects from his native India with icons of Western art, unsettling the status quo. The worn out sandals of the common man keep company with a three dimensional moustachioed Mona Lisa; mangoes ripe for the taking have been meticulously made out of bronze; and ceiling fans in the shape of a clockwise and an anti-clockwise swastikas—the latter a Hindu religious symbol connoting positivity—sinisterly beat the same air. These readymades and counterfeit readymades create a game of perception, inverting the Duchampian code and mischievously inserting their maker into the canon of twenty-first century art. 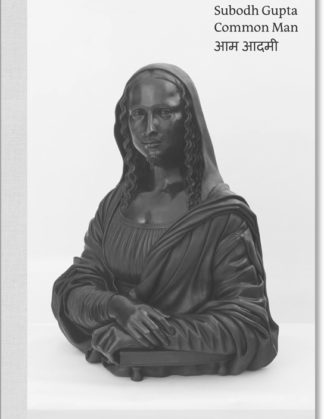