A master of his genre, Scott Mitchell is celebrated for his warm approach to connecting the built and natural environment. Sought after for their minimalist, material-driven aesthetic, Mitchell’s houses are studies in space, materiality, and light. Emphasizing an elegant spatial order, his projects respond to the natural appeal of their locations, be they bucolic retreats on Long Island or resplendent beach houses overlooking the Pacific Ocean.

The first volume on his work, Scott Mitchell Houses is a sublime exploration of the architectural designer’s impressive portfolio of projects. Dynamic compositions of light and shadow with a masterful use of concrete, Mitchell’s monolithic forms draw on the surrounding environment via floor-to-ceiling windows that open onto vistas so cinematic that Tom Ford utilized one of Mitchell’s homes in his neo-noir film Nocturnal Animals.

Through previously unpublished photographs, readers are given an exclusive view into eight pivotal projects that span the globe from the Hamptons to Melbourne, featuring images by Ross Bleckner, Scott Frances, Trevor Mein, and Steve Shaw. Sure to appeal to fans of architecture and interiors, this book is an ode to a becalming modern luxury. 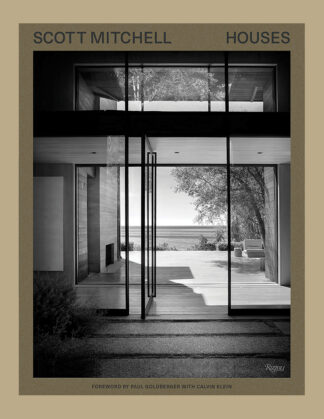