In 1917, the October Revolution caused a disruption of the social order, which had a decisive impact on artistic creation.
Many artists adhere to the communist project and want to participate through their works in building the new society.
Driven for some by authentic convictions, like Mayakovsky, for others by a pragmatism oscillating between opportunism and resignation, they quickly opposed what should be a “truly” socialist art.
But by the end of the 1920s, the debates were closed by the establishment of Stalin’s regime. This led to the gradual establishment of socialist realism, an aesthetic doctrine that governs all sectors of creation.
In the countries of Western Europe, particularly in France, Germany and Italy, these debates were closely followed: multiple artistic exchanges were established with the Soviet Union, which then attracted artists and intellectuals, curious to discover the “homeland of socialism”, while Soviet artists exhibited in Paris, Berlin and Venice…
This catalogue shows this history, these tensions, these plastic innovations and ideological constraints, the impulses and reversals.
Major works from major Russian museums and the Centre Pompidou, paintings, plastic arts, architecture, design… magnificently illustrate this exciting period in art history, on the politicization of art and its place in society… 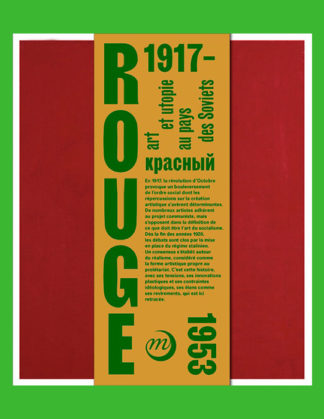