Ronny Delrue’s drawings invariably contain a handwritten note of the date and time they were made. The record is always placed next to his signature and forms part of the pictorial composition. But beyond this, the data also makes every drawing seem like a page in a diary, thereby opening up Delrue’s studio practice to the chronology of the world, to the historical present. Consequently, it anchors his oeuvre within a dialogical context as a receptive entity, one that is in constant negotiation with the social reality.

Delrue’s recent series of drawings, entitled Sculptures of Stones, can be situated against this backdrop. They speak to the protests in Europe and the US calling for the removal of colonial-era public monuments, as well for non-discriminatory politics that focus on women’s rights and representation.

The Sculptures of Stones drawings depict female statues that are either made of bricks or covered with masonry-like patterns. They form a critical riposte to the heroic male statues of former leaders that are scattered around our cities. Furthermore, the forms also broaden our prior knowledge of the depiction and identity of figures in the public sphere. Delrue’s female figures are remarkable for being both idealized and de-idealized, both complete and broken.

Delrue’s combination of abstract patterns and figurative representation creates a conflictual picture, one in which every appearance is both an assertion and negation of a previous, unseen or partly seen, element. The appearance of the figure interrupts the brick-like design, breaks through it and replaces it, while the pattern itself implies a broken structural foundation, or rather, an image of one that is still under construction. In this regard, the drawings indicate a lack of resolution, a struggle between what is (or should be) remembered and what is (or should be) forgotten, erased. The figures in the works do not look back at history retroactively. What the signify and resemble, instead, is a state of incompleteness. Certain figures wear crowns, but these adornments, and the power it symbolizes, are a poor fit. Other figures are both male and female. In several works, the bricks no longer function as a structural element but as manifestation of blood and fury. The arrangement of layers in each of the drawings evokes a contradictory picture of the world, one in which nothing is stable, and everything is constantly questioned.

The iconoclastic energy unleashed in Delrue’s recent work reflects the turbulent times in which we live. It situates his art as a symptom of tectonic changes, in which new idols emerge to replace those that are toppled. Delrue’s art not only reports on these changes, but it also contributes to them.

Sculptures of Stones also shows drawing to be a form of spontaneous expression. It offers an alternative to the all-pervasive means of instant communication that govern the world today, namely digital tools and social media systems. Delrue’s drawings are both action and representation. Unlike the electronic devices that determine and to a certain extent confine contemporary artistic production, a drawing redeems the option of an unmediated, direct action and reflection in and on the world. It repositions the function of the artist as a free, sovereign subject, who touches the world and is ready to participate and influence history. -Ory Dessau 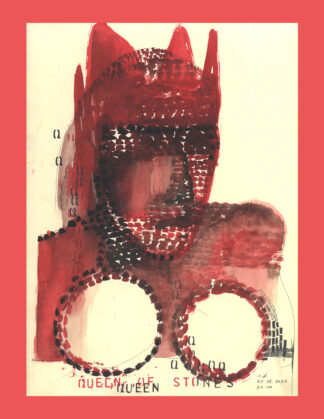