As an architect, urban planner and sculptor, Rob Krier has created a multifaceted oeuvre which is presented here in a comprehensive manner for the first time. After graduating, Krier first worked with O. M. Ungers and Frei Otto before setting up his own studios in Vienna and Berlin. He later taught at the Vienna University of Technology from 1976 to 1998 and as a visiting professor at Yale University in 1986. Drawing on a wealth of historical models and archetypal patterns, he developed new typologies of streets and public squares as an architect and urban planner, and was responsible for numerous urban development projects throughout Europe. These included the perimeter block development on Ritterstrasse for the IBA in Berlin, the residential complex on Breitenfurter Strasse in Vienna, the Kirchsteigfeld district in Potsdam, and numerous projects in the Netherlands. 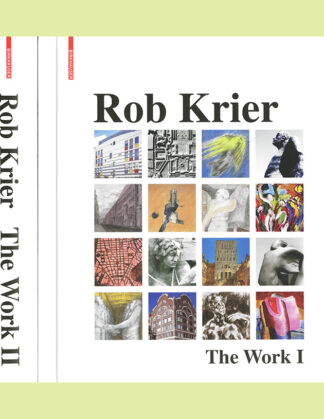