Mosse pushes the boundaries of photography to raise an urgent warning cry over catastrophic destruction in the Amazon rainforest.

Devastation in the Amazon rainforest and the climate change it triggers tend to unfold in ways that are too vast to comprehend, too minute to perceive, and too normalised to see. In an attempt to render the scale and urgency of the Amazon’s extensive, impending collapse, Richard Mosse’s most ambitious work to date employs a dazzling array of photographic techniques.

Broken Spectre is an immersive, 74-minute film that shifts between a manifold of ecological narratives, from the topographic to the anthropocentric, and to a careful examination of nonhuman violence and survival. Mosse and his team spent years documenting different fronts of destruction, degradation and environmental crimes in the Amazon Basin and related eco-systems.

In accompanying photographic works, Mosse renders the invisible visible: through multispectral cameras that emulate satellite imaging technology, alongside ultraviolet botanical studies, and heat-sensitive analogue film warped, mottled and degraded by the oppressive environment and by the burning forest itself. Accompanying these experimental documentary works are Mosse’s hypnotically vivid aerial maps, which zoom out and colourise the scale and extent of natural decimation in piercing detail, employing specially-made Geographic Information System (GIS) imaging technology. 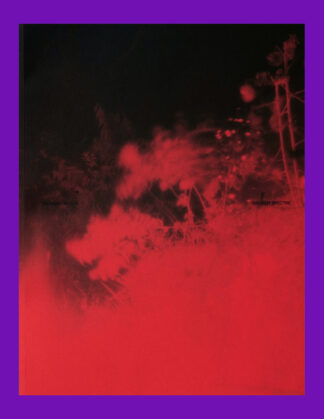