Between 1904 and 1911, botanist Jean Massart (1865-1925) made a series of landscape photos mainly situated in Flanders, the northern part of Belgium. They had a didactic purpose: Massart wanted to show the natural vegetation in its landscape context, and the relationship between agriculture and geography. In 1980, Georges Charlier rephotographed about sixty of Massart’s landscape images for the National Botanic Garden of Belgium and the Belgian Nature and Bird Reserves association. For each photo, point of view and framing were identical to Massart’s. Both series were published and shown in the travelling exhibition Landscapes in Flanders Then and Now. It had to illustrate the impoverishment of the natural environment. In 2003, Labo S, the Laboratory for Urbanism at Ghent University, and the Flanders Architecture Institute commissioned Jan Kempenaers to rephotograph the same landscapes. A fourth series of photos was made by photographer Michiel De Cleene, commissioned by the Province of West Flanders in 2014. Due to the restrictions of rephotography, Charlier, Kempenaers and De Cleene did have only little freedom to express a personal point of view. However, a different emphasis on documentarian, artistic and scientific aspects can be distinguished in their work. Besides their photographic qualities, the four series are in this book considered as part of a ‘chronophotographic’ collection showing in detail the transformation of landscapes. Since several years, the collection has served multidisciplinary research at Ghent University, in particular on urbanisation and landscape mutations in terms of agriculture, biodiversity, infrastructure, economical development and lifestyles. Photography and research are the two components of this book. 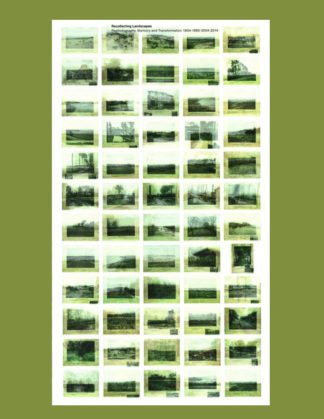