In the decades after World War II, new forms of learning transformed architectural education. These radical experiments sought to upend disciplinary foundations and conventional assumptions about the nature of architecture as much as they challenged modernist and colonial norms, decentered building, imagined new roles for the architect, and envisioned participatory forms of practice. Although many of the experimental programs were subsequently abandoned, terminated, or assimilated, they nevertheless helped shape and in some sense define architectural discourse and practice. This book explores and documents these radical pedagogies and efforts to defy architecture’s status quo.
The experiments include the adaptation of Bauhaus pedagogy as a means of “unlearning” under the conditions of decolonization in Africa; a movement to design for “every body,” including the disabled, by architecture students and faculty at the University of California, Berkeley; the founding of a support network for women interested in the built environment, regardless of their academic backgrounds; and a design studio in the USSR that offered an alternative to the widespread functionalist approach in Soviet design. Viewed through their dissolution and afterlife as well as through their founding stories, these projects from the last century raise provocative questions about architecture’s role in the new century. 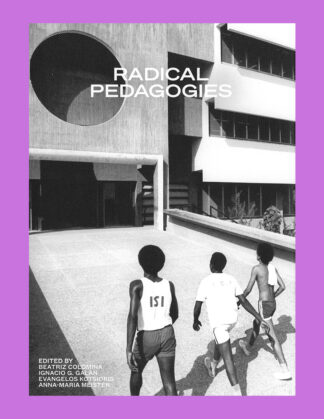