Made from prefabricated concrete panels, Plattenbauten rose from the ruins of Berlin, providing a quick and inexpensive solution to the severe housing shortage faced by the city after World War II. Although criticized in their day for their sterility and impersonal scale, they nonetheless became an integral part of the city. Drawn from his extensive investigations into Berlin’s urban landscape, Jesse Simon’s texts and photographs offer a convincing argument for the aesthetic and social value of buildings that were once described as ›eyesores.‹ Focused on urban developments constructed between the 1950s and the early 1990s, the book is structured geographically, devoting equal attention to the former East and West. It includes more than 200 images filled with warm light and saturated hues, revealing a diversity of color and detail that may often be lost on the casual observer. It also illustrates how, despite vast differences in political ideologies, both East and West Berlin employed remarkably similar approaches to the creation of new urban spaces. For fans of Brutalism and Modernism, »Plattenbau Berlin« is both an engaging reconsideration of postwar urbanism, and a unique entry point for exploring Berlin’s history and architecture. 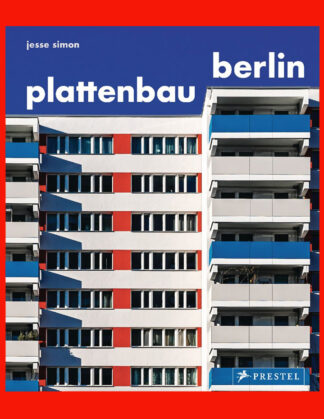