Pietro Nobile (1776–1854), originally from Ticino in Switzerland, Director of the School of Architecture at the Academy of Fine Arts in Vienna, court architect and protégé of the Austrian Chancellor of State Clemens Lothar Metternich, attempts to combine science, mechanics, and aesthetics in architecture. An architect trained both as an engineer and academically, who reformed teaching at the School of Architecture at the Academy in Vienna by reacting to the design methods introduced at the Polytechnic in Paris, and by making academic drawing compulsory for engineers. The publication presents the results of the Italian-Austrian-Czech cooperation, based on the architect’s death estate in Trieste and Bellinzona, Switzerland, as well as materials scattered throughout Europe. 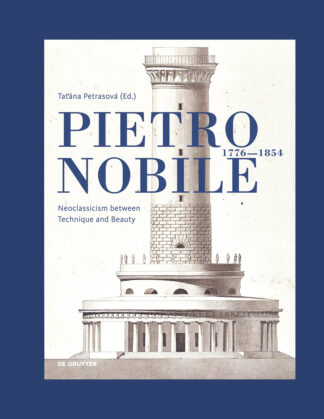