Per Kirkeby: The Complete Bricks (vol.1)

This is the first of three volumes documenting the brick works of the Danish artist Per Kirkeby (1938–2018) in their entirety and diversity. This first book focuses on Kirkeby’s temporary brick sculptures made for galleries and museums between 1966 and 2017, as well as a series of temporary stage sets created for theatre and film. For the first time this element of the artist’s brick sculptures is assembled and analysed as a whole. Together the three volumes aim to present a complete catalogue and a range of perspectives on Per Kirkeby’s relationship with bricks spanning five decades. 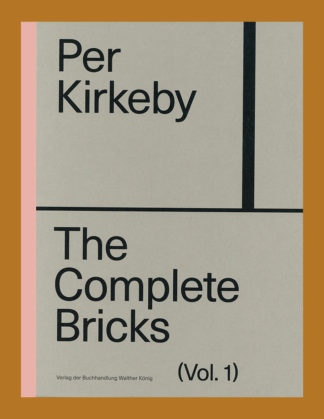