Olivetti is known for its world-famous typewriters, which epitomise the Italian company’s industrial legacy and visible identity. This book presents the results of an interdisciplinary research project on that identity, with contributions from 37 authors which analyse the Olivetti phenomenon as a whole, its corporate evolution, and the approaches of designers such as Xanti Schawinsky, Carlo Scarpa, Ettore Sottsass, Hans von Klier, Egidio Bonfante, Walter Ballmer, and others. Divided into four sections, the book includes showroom and exhibition design, the languages that shaped the corporate vocabulary, and two visual essays of published and unpublished documents from the Olivetti archives. 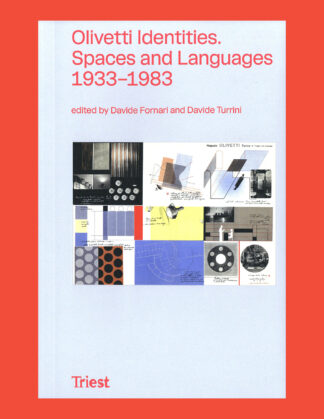