The Brussels-based architectural firm OFFICE Kersten Geers David Van Severen was set up in 2002 by Kersten Geers (*1975) and David Van Severen (*1978). OFFICE was responsible for the widely acclaimed Belgian Pavilion at the eleventh Architectural Biennial in Venice in 2008. This book provides the first survey of their most significant architecture projects to date. Seven Rooms refers to the architecture built in the corridors of deSingel International Arts Campus in Antwerp for exhibitions in which partitions accentuate particular axes to create a succession of seven spaces of equal size. Each room has a different theme, such as the city, the villa, or the sequence. Seven Rooms also alludes to the multiplication and rhythm of spaces that are typical in the work of OFFICE.
Our copy is still in the original wrapping, was never opened. 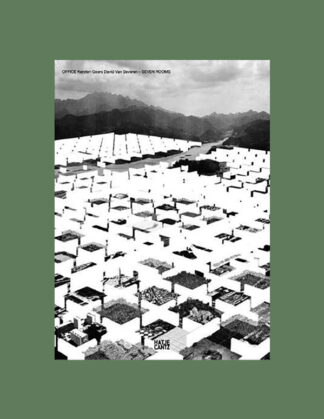