This volume is a focused look at two bodies of work, the Tirs (“shooting paintings”) and Nanas (“dames”), in the experimental 1960s practice of the French-American artist Niki de Saint Phalle (1930–2002). Alongside a poetic response to the work, four essays treat Saint Phalle’s oeuvre as works of radical performance and feminist art, as well as highlighting her transatlantic projects and collaborations. A chronology with photo-documentation and known participants details for the first time all Tirs shooting events in Europe and the United States, and another timeline recaps Saint Phalle’s life in the 1960s.

Tirs were made by firing a .22 caliber rifle at the surfaces of paintings. The bullets pierced bags of pigment, aerosol paint cans, or even food embedded in dense assemblages covered in painted plaster. Saint Phalle’s increasingly liberated female figures with outstretched arms, curvaceous forms, and powerful poses developed into her well-known Nanas, an evolution contemporaneous with the rise of a Euro-American feminist movement. 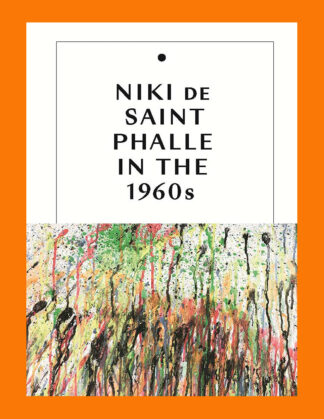