Monumental _ Public Buildings at the beginning of the 21st Century

The first symposium of the series Dortmunder Positionen (Dortmund Positions) broaches the issue of the “monumental” as a characteristic that is increasingly losing its self-evident nature. It seems that with the advent of the 21st century, the concept of the monumental in general – and in urban planning in particular – has turned into something dubious. Thus, despite a sense of growing digital restlessness, museum construction remains perhaps the only remaining discipline in which the monument and monumentality may still form a single entity, albeit unspoken. Lectures by Adam Caruso, Heike Hanada, Wilfried Kuehn, Carsten Ruhl, Alexander Schwarz, Philip Ursprung. 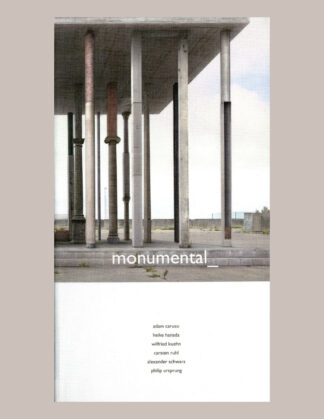 Je bekijkt nu: Monumental _ Public Buildings at the beginning of the 21st Century €29,80
In winkelmand
0