From armchairs and chaises longues to cabinets and nightstands, the period between the late 1930s and early 1970s was one of the most productive, inventive and exciting eras for objects and furniture in the home. Post-war optimism combined with new manufacturing methods and material techniques to create an explosion of new design and objects of desire.

The appetite for mid-century modern remains as strong as ever, both for classic designs – many still in production since they were launched – and for rare, hard-to- find or out-of-production pieces from lesser-known designers. While numerous books surveying mid-century modern style have appeared over the years, no publication has been specifically conceived for the increasing collector’s market in mid-century modern design, focusing on each piece of furniture as an object of formal invention, manufacturing intelligence and material innovation.

This definitive book profiles hundreds of pieces in a substantial format perfect for reference in design libraries, studios and the homes of private collectors – or as an object of design in its own right. Each item of furniture is presented in detail, illustrated in colour and profiled via in-depth descriptive texts by Dominic Bradbury. The book’s substantial reference section includes essays on materials (eg, plywood) and designer profiles. Work by a host of influential talents is profiled throughout, alongside lesser-known pieces by Piet Hein, Bruno Mathsson, Lina Bo Bardi and Alexander Girard. 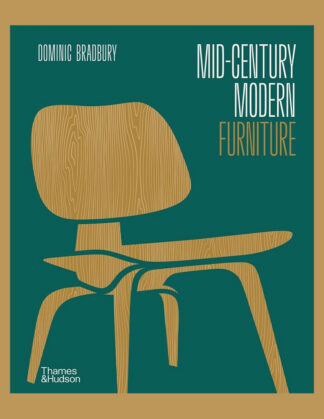