Over the past half-century, through works such as the milestone avant-garde film Wavelength (1967), Toronto-based artist Michael Snow (born 1928) has explored the nature of perception, consciousness, language and temporality. This last theme is particularly relevant to his latest artist’s book, which is dedicated to the life of his adventurous mother, Marie-Antoinette Françoise Carmen Levesque Snow Roig, whose trove of family photographs provide a narrative throughline here.
Snow consolidates his mother’s photo albums, presenting a total of 1,500 images. In a tenderly penned foreword, he explains the simple impetus for the project: “[The photographs] are so beautiful and so historic that I wish to share them with others.” While he has integrated small samples of these albums into his work before–notably figuring in his landmark catalog for the Art Gallery of Ontario in 1970, Michael Snow/A Survey–this volume provides a much larger and more unified selection. As a result, the compiled images tell a more complete biographical story–one that Snow leaves intact on the surface. He brings his own layer of interpretation to the photographs by drawing out patterns within the collection and his mother’s writing. Snow creates an album that is fully his own, embracing, as art historian Martha Langford describes, a “deep understanding and surrender to form.” 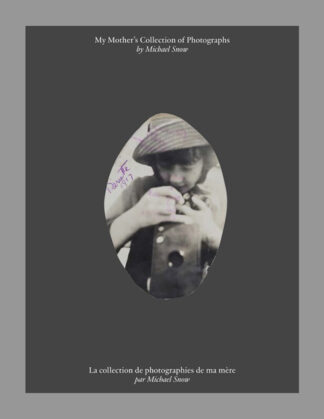