Michael Schmidt (1945-2014) was a German photographer. His subjects of interest were Berlin and “the weight of German identity in modern history.

In 1965 Schmidt began photographing the streets, buildings and people of West Berlin in a semi-documentary approach. He went on to make a series of “ambitious projects” there, all in black and white and becoming more impressionistic, until his death in 2014. Each project was exhibited, then published as a book. Schmidt was a member of the Düsseldorf School of Photography.

Ein-heit (U-ni-ty) (1991–1994), is a book about contemporary urban landscapes and portraits from Germany mixed with historical images from the National Socialist/Nazism period, his response to the fall of the Wall in 1989 and the subsequent reunification of East and West Germany. 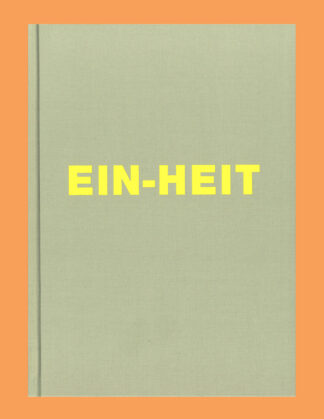