Matisse. In Search Of True Painting

More than most artists, Henri Matisse conducted an ongoing dialogue with his earlier works, continually questioning himself and his methods in order to, as he put it, “push further and deeper into true painting”. In a fresh approach to this giant of 20th-century art, “Matisse: In Search of True Painting” examines sixty works and more than five decades in a series of concise chapters by prominent Matisse scholars from the United States and Europe, each focusing on a particular aspect of his artistic development. From early pairs such as Young Sailor I and II (1906) and Le Luxe I and II (1907-8) through five Interiors at Nice (1917-21) to scenes from the studio in Vence (1946-48), the book shows Matisse responding to earlier styles and artists and developing his own, often radical, answers to such problems as how to portray light, handle paint, select colours, and manipulate perspective. The volume also discusses findings from new technical studies carried out on the early paired works that shed more light on Matisse’s complex and deeply-felt evolution. Both an intimate glimpse into the artistic process and a significant addition to literature on modern art, “Matisse: In Search of True Painting” traces the path by which Matisse becomes himself. 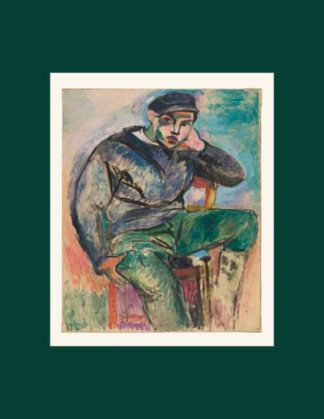