Mark Christopher Steinmetz (born 1961) is an American photographer. What differentiates Mark Steinmetz’s photographs from that of his contemporaries is the exceptional and elusive capacity to make images that are beautiful, but also compassionate. Within his images abounds a magnitude for concern that is not easily captured and when I mention the word concern, I do not mean it in the “concerned photographer” sense, I mean it in the everyday sense. Mark’s ability to read the terrain and wander carefully, but with the glory of all heartfelt and ethical concern for his subjects makes his work humane and of a quality that predicts an overt and beautifully calculated intent within his photographs.
Steinmetz has made photographs from many different parts of the world and though most of his work is exemplified by his work in America, Italy and Paris have also provided a backdrop for his photographic journeys. Mark is consistent in his ability to read the terrain with humble and adept inquiry and this consistency is manifest in his books which demarcate whichever locality he hones in on. This is of particular interest when he turns his attentions towards the urban environment, particularly a foreign environment loaded with history.
Berlin is a city of ever-present ghosts. It is a city’s whose recent history overshadows and hangs heavily creating an indentured melancholia in which its citizens amble and toil under the gravity imposed on them from brooding grey skies and fragmented totems of history spread throughout the urban environment and yet it also offers a prodigious capacity for hope, renunciation and reconstruction. It was once said that one ventures to the city of Berlin to be lost and perhaps, just perhaps it is now that one ventures to Berlin in order to be found. Berlin is a city of opposition and progress because of its very historical fabric. One can glean the need for closeness within its streets and brick layered buildings and its historical echoes. 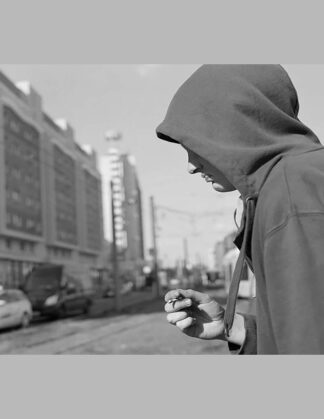