Make It Modern: A History of Art in the 20th Century

A fascinating journey through Western art from the 1910s to the 1960s, charting how artists wrestled with the headlong changes of a turbulent and conflict-ridden world

From the chaos of the First World War to the ravages of the Second, from the Great Depression to the rise of consumer culture, artists we call “modern” faced the challenge of responding imaginatively to utterly new circumstances of life. Original thought, startling artistic techniques, and new attitudes to experimentation were required to produce exceptional and timely work.

Make It Modern guides the reader through the art of the modern world. Works of celebrated artists, from Pablo Picasso and Wassily Kandinsky to Frida Kahlo, Jackson Pollock, and Yayoi Kusama, alongside a panoply of undervalued or less-known figures, populate this decade-by-decade narrative. Make It Modern tells an unforgettable story of how art was changed forever. 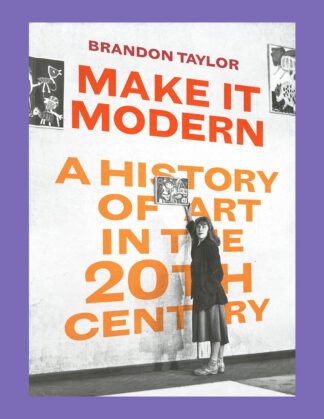