Lartigue: The Boy and the Belle Époque

Featuring previously unpublished images and personal accounts, this book is an exploration of the early work of Jacques Henri Lartigue, one of the twentieth century’s most celebrated photographers.

One of the twentieth century’s most celebrated and prodigious photographers, Jacques Henri Lartigue captured the exuberance of Belle Époque Paris during his childhood. Lartigue focuses solely on the artist’s adolescence, featuring classic images of motor cars and high fashion alongside previously unpublished photographs from his archive.

On his eighth birthday, in 1902, Lartigue was given his first camera. By the next year, he was developing his own photographs. His handheld Kodak camera allowed the young photographer the flexibility to capture his eccentric family at home and document the social rituals of Paris’s upper echelons. He was the first artist to utilize the immediacy of the snapshot, often capturing his subjects mid- gesture, as in real life, creating a new visual language for the twentieth century. Through his work, he painted an intimate portrait of the social and cultural atmosphere of Paris before the outbreak of the First World War.

Author Louise Baring brings the artist’s early work to life through vivid historical accounts, as well as personal observations and memories from Lartigue’s childhood diaries. This book is a must-have for all fans of photography and twentieth-century French culture. 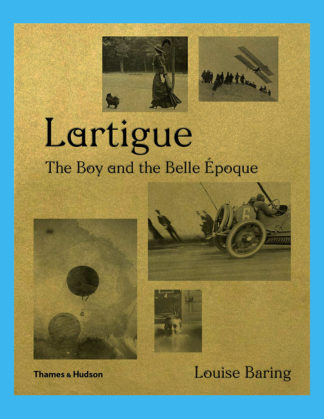 Je bekijkt nu: Lartigue: The Boy and the Belle Époque €36,50
In winkelmand
0