Kay Fisker (1893-1965) is considered one of the most influential Danish architects of the twentieth century, and yet there has existed until now no in-depth English-language study of his works and writing.
Published as part of the Bloomsbury Studies in Modern Architecture series, which brings to light the work of significant yet overlooked modernist architects, this book examines Fisker’s key projects – from his early railway stations and innovative housing projects to the Danish Academy in Rome – and analyses his work as a historian and writer.
Fisker’s output is closely associated with the functional tradition, a hybridization of international modernism and regional architectural typologies, and this book shows how his architectural poetics can be understood as an amalgamation of an ideal order with the contingent conditions of landscapes and urban sites. Hybridization is not only a valuable notion for understanding Fisker, the book argues, it can also be applied to an understanding of modernist architecture as a whole, with its various expressions, agendas and tensions both regionally and internationally. 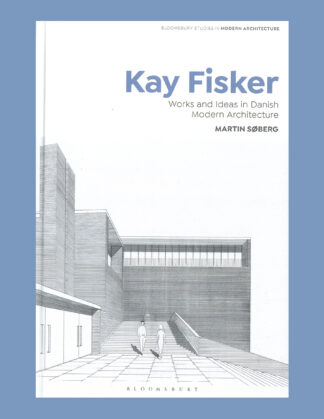