Juan Miro. The Ladder of Escape

The works of Joan Miró are among the most widely recognised of any modern artist and have been reproduced in many different media. Famed for saying that he had come to assassinate painting, Miró nevertheless made a huge contribution to the art of the 20th century, redefining again and again what could be done on canvas, in sculpture or in print.

For the first time this book examines Miró’s legacy through the context of the turbulent times in which he lived. While Picasso vowed never to return to a Spain ruled by General Franco¿s fascist government, Miró chose internal exile, living and working for much of his career on the island of Majorca. Focusing primarily on Miró’s politically engaged art, the authors reveal him to be no less committed than his contemporary. From the rural, anarchist and Catalan nationalist themes of early paintings The Farm and Head of a Catalan Peasant, through to The Triptych to the Hope of a Condemned Man of 1974, by which he publicly declared himself in opposition to Franco, Miró’s political beliefs underpinned his art throughout his long and productive career.

Drawing on new scholarship, with essays by a selection of international authorities, this lavishly illustrated book accompanies the most comprehensive Miró exhibition in Britain for nearly half a century, throwing new light on the life and career of one of the greatest artist of modern times. 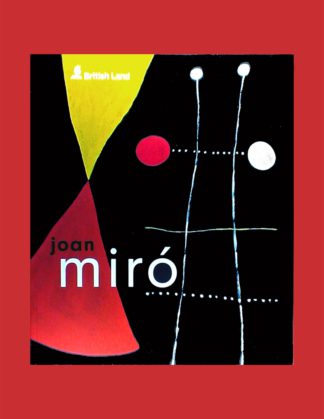