John Stezaker: At the Edge of Pictures

Amidst the post-conceptual crisis of the 1970s, British artist John Stezaker (born 1949) chose to neither pursue the agitprop-inspired trends of his British contemporaries nor fully align himself with the Pictures Generation across the pond. Instead he emerged as a singular figure in contemporary photomontage, motivated by a vested interest in reviving the mechanically produced image and exploring its potentials as a medium even as it began to shift out of circulation in favor of alternative modes of image distribution. Stezaker’s pieces employ a limited number of images in combination, often black-and-white studio portraits and landscape photography, creating an effect that is strikingly minimalistic and elegant for the collage medium. This is the first monograph to provide a historical account of Stezaker’s life and career, offering insight into his art in the context of prevailing image appropriation techniques from the 1970s and ’80s. 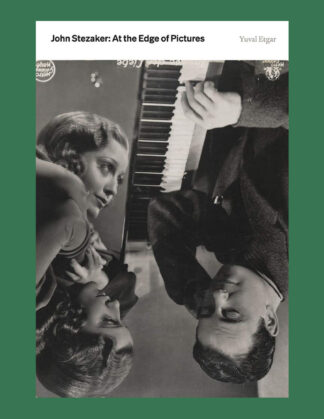 Je bekijkt nu: John Stezaker: At the Edge of Pictures €30,00
In winkelmand
0