The political collages of John Heartfield (1891–1968) have earned him a reputation as one of the most innovative graphic artists of the Weimar Republic. His photomontages and book covers based on collages which had their origins in Berlin’s Dada scene were directed against Fascism and made him internationally famous. Their explosive power has lost none of its impact.

Heartfield was a sharp and uncompromising observer who subverted the documentary character of the press photograph. He employed his art as political propaganda, and fought against war and Fascism with gripping pictures and trenchant humour. This catalogue will include not only the working materials which reveal Heartfield’s method but also his trick films, work for the theatre and book design. The original art-works and documents all derive from his personal estate in Berlin. Statements by contemporary artists formulate positions and pose questions, which Heartfield’s work raises in the age of fake news. 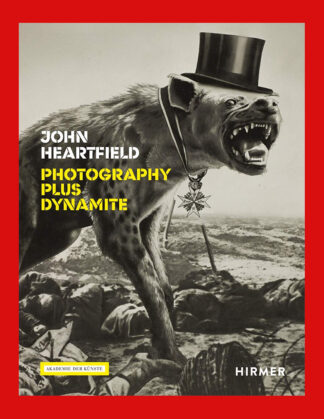