John Baldessari (*1931) is a key proponent of Conceptual art and one of the most important figures in contemporary art of the last forty years. Since his sensational “Cremation Project” in 1970, which involved burning all the paintings he had made between 1953 and 1966, his work has revolved around the relationships between language and image as forms of expression. In his painting, photography, film/video, collage, and reliefs, Baldessari explores the mechanisms of media representation, as well as the subject of artistic work itself. Early on, Baldessari began integrating images and text from advertising and movies into his works and building up a large archive of film stills, publicity, and press photographs. This image material is then contrasted, cropped, and processed in numerous variations and visual realizations. From 1980, the artist worked mostly without text in series of photographs and pictures, while continuing to deal with conflicts and constructions of narrative content. Over the course of his oeuvre, overpainting, voids, gaps, and withheld information increasingly take on the function of the language evoked within the viewer. 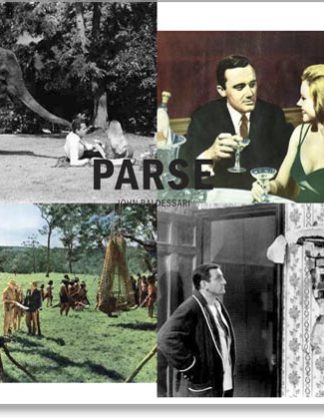