“End Times” is Los Angeles-based photographer Jill Greenberg’s charming, terrifying compendium of highly stylized, flash-saturated color portraits of young children caught in a moment of tearful sobbing. The tiny sitters were given a lollipop in the studio which was then taken away – resulting in these hysterically theatrical images. The photographs of children depict them in a state of pure emotion, a powerful emotion that Greenberg feels adults have completely suppressed in themselves. Controversy has always surrounded children in photographs, especially when they are presented in unconventional ways. In the early 1990s, Sally Mann received immense amounts of criticism for her intimate portraits of her children when she released her series Immediate Family. Over a decade later, and in what one would think is a more accepting world, Jill Greenberg’s series of crying children called End Times sparked an enormous amount of controversy after its debut in 2006. People were so outraged that Greenberg received frequent threats, but nonetheless the series rocketed into the public eye. 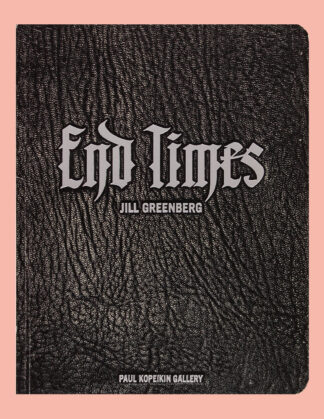