A key figure in the Art Deco movement, artist Jean Dunand (1877-1942) stands out for his multiple talents as a sculptor, goldsmith, copper maker, but also lacquerer, bookbinder and decorator. After having excelled in finishing hammer-mounted vases and brassware, he met Seizo Sugawara in 1912 who led him to become passionate about lacquer, which he made his signature on both his vases and his panels, furniture and bindings. At the head of an important workshop, he participated in the major international exhibitions of his time, in Paris in 1925, 1931 and 1937, in New York in 1939, and was regularly exhibited at the Georges Petit gallery and at the Salon des Artistes Décorateurs. . His singularity and the quality of his creations lead him to become one of the most sought-after portrait painters, immortalizing personalities in fashion and the arts such as Jeanne Lanvin, Louise Boulanger, Joséphine Baker as well as from the world of finance such as the Lazards, Carnegie or Louis-Dreyfus. Jean Dunand also worked on remarkable sets in France and the United States such as the music salons of Solomon R. Guggenheim, the apartments of Madame Agnès or Templeton Croker, as well as on the shipyards of the Atlantic and Normandy liners which will crown a rich career of more than two thousand works, presented in a repertoire at the end of the book. IN FRENCH! 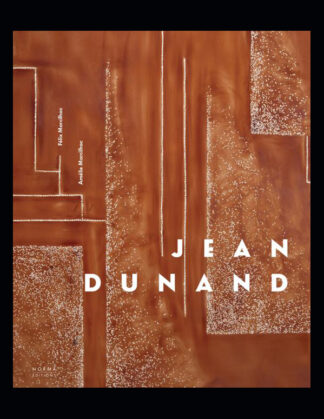