James Ensor: The Entry of Christ into Brussels in 1889

During 1889, Belgian artist James Ensor (1860-1949) painted a monumental canvas that would be his magnum opus: The Entry of Christ into Brussels in 1889. The work is one of the most complex paintings ever painted. It is only forty years after its completion that the monumental canvas was first publicly exhibited at the James Ensor retrospective at the Brussels Palais des Beaux-Arts in 1929. Needless to say, therefore, that the exhibiting of Ensor’s work in 1929 was for many a revelation. Until then it had been seen and was known only to a limited group of visitors and insiders.
Between 1889 and 1929, a veritable revolution had taken place in the visual arts. Before and during World War I, Fauvism, Cubism, Futurism, Expressionism, and Dadaism all came into being. Few explanations can accommodate the full daring and frenzy of such a painting which chaotic composition and barbaric style seem revolutionary, and look far beyond the early twentieth century. Since the purchase of the work in 1987 by the J. Paul Getty Museum (Los Angeles), The Entry has acquired cult status. No other work depicts the notion of belgitude so aptly as The Entry of Christ into Brussels in 1889, and yet the painting can in the first place be regarded as a somewhat quirky but striking representation of Ensor’s vision of humanity. 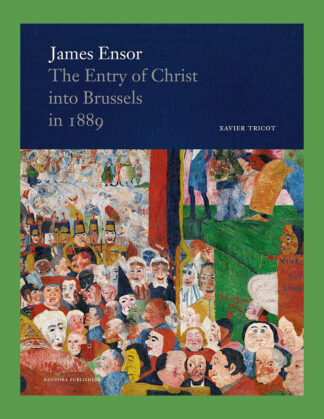