If one looks for Ignazio Gardella’s style, one is likely to be disoriented. His projects, over the years, changed according to changing architectural tendencies, often anticipating them, but always containing elements that diverged from the current with which they might be associated. Gardella (1905-1999) is one of the Italian Rationalists, but his use of local construction techniques, like the famous brick screen of the Dispensario in Alessandria, makes him in some ways a heretic.

In the 1950s he came closer to regionalist currents, but his buildings also maintained an abstraction that distanced them from the most famous works of Neoliberty or Neorealism.

In the 1960s and 1970s he seemed to adhere to a strictly professional form of practice like the Modern Movement or the International Style. His Uffici Alfa Romeo (1969) opposed the use of industrial materials and the development of a complex program. But Gardella strictly controlled the form, imposing a symmetrical composition.

In the 1980s he seemed to stick to the Post Modern, but he did not in reality share its principles. Thus he himself said, “It is always difficult to say who are the fathers and who the sons. But Mario Ridolfi and I said, jokingly, that if we were really the fathers of all the works exhibited (at the 1980 Venice Biennale) we would have to admit (…) to having gone to bed with women of every type and every race.” (s. Guidarini, 2002).

In reality there are aspects of his work that remain the same throughout his long career and constitute a continuity. These aspects can be synthesized in two complementary points:

– Gardella’s architecture always maintains a composure that could be called ‘classic’. This can be deduced from the extreme refinement of his details, which are comparable to those of his contemporary and friend Franco Albini, whether by control of the complete design of a building or because of the design of architectural spaces. In his architecture there is a preoccupation with and emphasis on the immediate, on the style of the moment, and a research for a kind of timelessness.

– Complementing this aspect is his capacity to change registers, to adapt himself to the genius loci (the spirit of a place), as few other architects have succeeded to do. If the almost contemporary Case Borsalino in Alessandria are compared with the Casa alle Zattere in Venice, one realizes that there is a great difference. The materials have changed, as have the decorative elements and the conception of volume. This is clearly owed to his will to take up influences from the built environment or context. 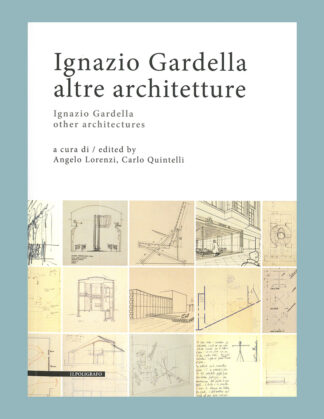