Hideyuki Nakayama: , And Then – 5 Films of 5 Architectures

Architect Hideyuki Nakayama started out working for Toyo Ito & Associates before establishing his own firm in 2007. This collection of Nakayama’s work is presented in the form of brochures for five films, each featuring one of his architectural works. With its novel design by Idea Oshima and in as much detail as possible, the volume records the production processes for the films, which focused on the status of the five works after Nakayama had completed them and moved on. Additionally, it offers a closer look at his design concepts for architecture, and in particular the elements he tries to incorporate in them. Both recent and as yet unreleased projects are among the featured works. 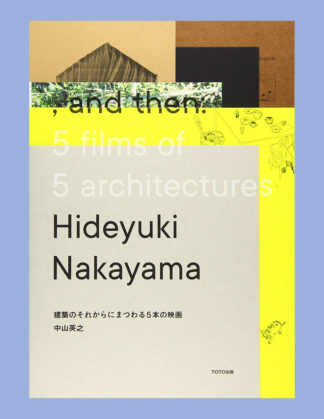