The work of Henk Visch (b. 1950 in Eindhoven, the Netherlands; lives and works in Eindhoven and Berlin) impresses, moves and evokes a series of memories and associations. The quiet, introverted force of his works makes us pause and transports us to a new dimension that feels both familiar and strange. Henk Visch observes, researches and archives, and this has led to a well-founded knowledge of the most diverse subjects, ranging from the traditions of sculpture, literature, myths and world history to psychologies and natural sciences. This knowledge is tangible in his works, but not immediately recognizable. Like a magician, Henk Visch throws us off the track and misleads us in a playful manner that can often lead to misunderstandings. According to Henk Visch, the misunderstanding falls within the logical apparatus, but does not quite fit in. And that is what makes Henk Visch interesting. With poetic finesse and an intuitive approach, he represents his own memories and associations in different forms and materials. These materials can vary from bronze, aluminium and rebar to fake fur, synthetic hair and polystyrene.

One of the most central subjects in Henk Visch’s work is the human body. According to him, our body is an archive in which everything is stored, from emotions and social interactions to memories and associations. That information manifests itself in the manufacturing process of a sculpture where parts are twisted, distorted or stretched. He often leaves out body parts. In the words of Jan Hoet: ‘His work ends where a great work should end. When first confronted with it, you don’t notice that arms are missing. Everything is so intimidating that you imagine you have a complete figure before you. The figure is completely pushed into itself and is totally cut off from the outside world. And yet, as viewers, we can project ourselves into it. You experience a moment of modesty and silence. You have the impression that it is breathing and even moving.’ The sculpture’s infusion of energy and poetic force irradiates the space it occupies, engaging in a conversation not only with the other sculptures, but also with the surrounding architecture or nature and the viewers who enter the space around them. The fact that Henk Visch is very conscious of this process can be seen in the work Enigma of the Western World, in which the glass balls ensure that the surroundings are absorbed into the work and become a conscious part of it.

Henk Visch’s use of language is also remarkable. He often gives his intrinsic sculptures poetic and enigmatic titles that can trigger a whole stream of associations and meanings in the viewer, without harming the true aura of the work itself. In this way, language and sculpture work together in a very special manner and reinforce each other. 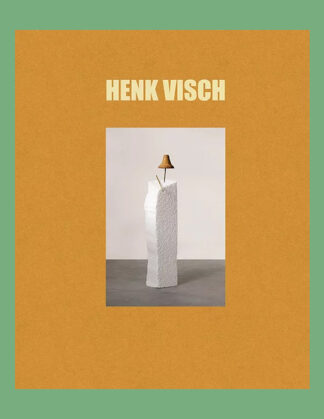