Annotated catalog raisonné of the books and original contributions in other publications.
Little is known about the artists’ books by the painter Gerhard Richter, books in the production of which the publisher usually limits his collaboration to technical assistance. Richter got involved with the medium early on. such as “Comic Strip”, 1962, a fantastic picture-text narrative that only appeared in 2014. In the following 50 years, great books came out with “Eis”, “Halifax” and “Sils”. War Cut, 2004, Richter’s reaction to the US’s fatal third Gulf War, is the beginning of a series of artist’s books published in quick succession, forming a significant group of his late works.
The author of the oeuvre catalog assigns 56 catalog raisonné numbers in chronological order. The entries contain detailed bibliographic data, edition, variants, technical specifications, equipment and name the people and manufacturers involved. (IN GERMAN!) 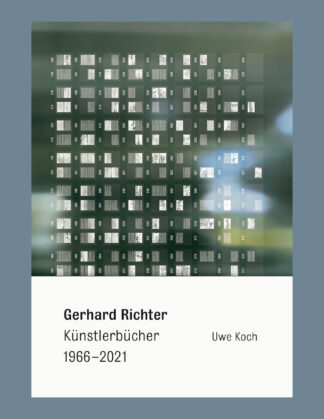