2008 marked the 100th birthday of George Nelson (1908-1986), one of the most influential figures in American design during the second half of the twentieth century. Nelson was not only a leading designer and notable architect, but also a prominent author, editor, lecturer, exhibition designer and a passionate photographer. This catalogue accompanied the first comprehensive retrospective of George Nelson’s work. With eight essays by German and American design historians, the publication explores all aspects of Nelson’s oeuvre, many of which are presented here for the first time. The catalogue also includes an illustrated list of works. The majority of illustrations, previously unpublished, come from the Nelson Estate in the Vitra Design Museum Archive. With catalogue rasonné of his objects and furniture designs.

Our copy is in perfect condition. 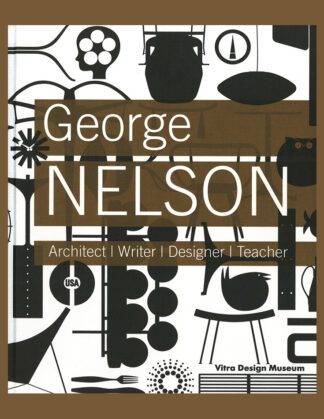