The city Fred Herzog documented over more than half a century has vanished—an early kind of urban flaneur, Herzog wandered the streets of Vancouver, creating an archive that encapsulates the essence of a bygone era. Considered today as one of the most important street photographers of the 20th century, he changed the international conversation about early color photography. However, it was only in the late 1950s that he decided to primarily shoot with Kodachrome color slides. Fred Herzog: Black and White is the first acknowledgement of a lesser-known facet of the photographers’ work. Complementing the seminal Modern Color, it encompasses almost graphical urban scenes of shadow and light, alongside travel photographs and depictions of rural life. Evoking notions of melancholy, this book reveals that Herzog’s appeal lies in his ability to seize a condensation of a psychological state. 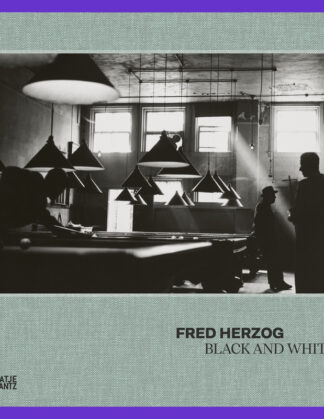