Frank Lloyd Wright is not only synonymous with architecture, his name is also synonymous with the American house in the twentieth century. In particular, his residential work has been the subject of continuing interest and controversy. Wright’s Fallingwater (1935), the seminal masterpiece perched over a waterfall deep in the Pennsylvania highlands, is perhaps the best-known private house in the history of the world. In fact, Wright’s houses-from his Prairie style Robie House (1906) in Chicago, to the Storer (1923) and Freeman (1923) houses in Los Angeles, and Taliesen West (1937) in the Arizona desert-are all touchstones of modern architecture. For the first time, all 289 extant houses are shown here in exquisite color photographs. Along with Weintraub’s stunning photos and a selection of floor plans and archival images, the book includes text and essays by several leading Wright scholars. Frank Lloyd Wright: The Houses is an event of great importance and a major contribution to the literature on this titan of modern architecture. 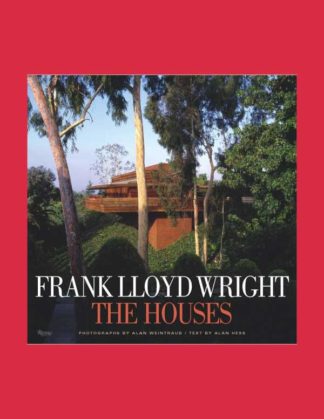