Models and Methods in Twentieth-Centuty Art

These influential essays by the noted critic and art historian Benjamin Buchloh have had a significant impact on the theory and practice of art history. Written over the course of three decades and now collected in one volume, they trace a history of crucial artistic transitions, iterations, and paradigmatic shifts in the twentieth century, considering both the evolution and emergence of artistic forms and the specific historical moment in which they occurred.

Buchloh’s subject matter ranges through various moments in the history of twentieth-century American and European art, from the moment of the retour à l’ordre of 1915 to developments in the Soviet Union in the 1920s to the beginnings of Conceptual art in the late 1960s to the appropriation artists of the 1980s. He discusses conflicts resulting from historical repetitions (such as the monochrome and collage/montage aesthetics in the 1910s, 1950s, and 1980s), the emergence of crucial neo-avantgarde typologies, and the resuscitation of obsolete genres (including the portrait and landscape, revived by 1980s photography). Although these essays are less monographic than those in Buchloh’s earlier collection, Neo-Avantgarde and Culture Industry, two essays in this volume are devoted to Marcel Broodthaers, whose work remains central to Buchloh’s theoretical concerns. Engaging with both formal and historical paradigms, Buchloh situates himself productively between the force fields of formal theory and historical narrative, embracing the discrepancies and contradictions between them and within individual artistic trajectories. 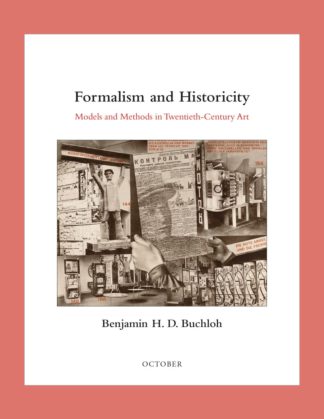