“To say that he is a realist is true, but beside the point, and the point remains elusive — ‘a master of the evasive,’ his Mum called him back in Oklahoma City.” — Reyner Banham

Switching to a career in fine art from his dream of becoming a commercial artist, Ed Ruscha first came into prominence in the early sixties with his large word paintings and paintings of commercial icons such as 20th Century Fox and Standard Station that related in manner and style to the nascent pop art movement. Drawing on a variety of sources that also included his own drawings, prints and artist’s books, Ruscha was often associated with the west coast cool style but ultimately his work confounded the art world with its sly and elusive sense of deadpan humour as seen in his series of bird paintings and in the liquid word paintings that rounded out the decade. 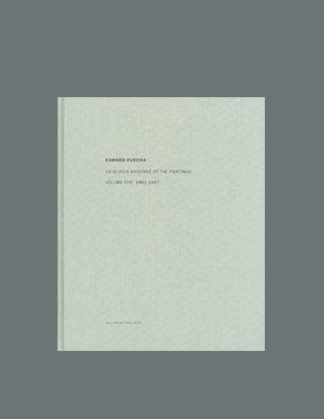