In the process of answering this previously perplexing question, Raskin traces Judd’s principles from his beginnings as an art critic through his fabulous installations and designs in Marfa, Texas. He discusses Judd’s early important paintings and idiosyncratic red objects, as well as the three-dimensional works that are celebrated throughout the world. He also examines Judd’s commitment to empirical values and his political activism, and concludes by considering the importance of Judd’s example for recent art.

Ultimately, Raskin develops a picture of Judd as never before seen: he shows us an artist who asserted his individuality with spare designs; who found spiritual values in plywood, Plexiglas, and industrial production; who refused to distinguish between thinking and feeling while asserting that science marked the limits of knowledge; who claimed that his art provided intuitions of morality but not a specific set of tenets; and who worked for political causes that were neither left nor right. 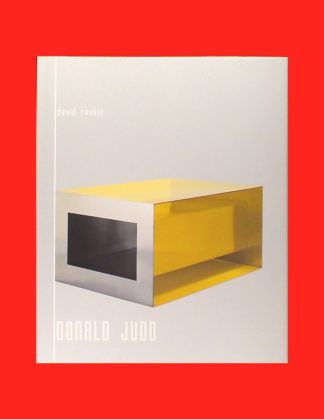