This book is the first in a trilogy that proposes a new model of Glocal Urbanity that contributes to replace the degraded urban situation created from the post-Fordist transition to current globalization.

From 52 propositions it proposes to understand Glocal urbanity as a new modernity derived from the Axial Age. It proposes to understand the city, also as a socio-technological process. Integrate concepts such as Complexity, Urban Metabolism and Second Order Cybernetics into our disciplinary corpus. Urbanistically translate the new Glocal Transregionalism that emerges in step with the progressive dissolution of the Westphalian Nation-State, and definitely to promote a more Disruptive urbanism formed by tangible values and intangible virtues that is capable of overcoming the demagogic-populist currents that today besiege us. 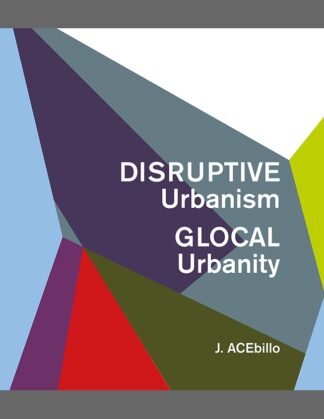