Bringing together the architect Claude Parent and the philosopher and urbanist Paul Virilio, Architecture Principe left its mark on the history of architecture through the experimental nature of its proposals and the subversive inspiration that was its driving force, working against the architecture of the period and all forms of intellectual conformism. From the 1950s onward, Claude Parent based his experimentations on a critical approach to the modern plan. To do this he worked with fractured volumes (Drush House, Versailles, 1963) and inclined surfaces. His discourse radicalized after his encounter with Paul Virilio, a specialist of military space and spatial planning, who at the time was focusing on the archeological analysis of the Atlantic Wall (the Nazi defensive system dotting the Atlantic coastline of France). Rejecting the orthogonality of the Euclidian space, which they considered a micro-ghetto, they together developed the theory of the oblique function, in an attempt to propose solutions to the deep crises faced by cities. Inclining the floor to form a sloped surface and the fluidity of movement that this creates, is supposed to allow deeper human relationships. By having to make an effort on the ramps, human beings actively participate in the architecture. The principle was implemented in religious buildings (Sainte-Bernadette du Banlay, Nevers, 1963-66), dwellings (Mariotti House, 1967-70) as well as territorial planning (Les Vagues, 1965-66…), in which architecture becomes the support underlying movement for a “livable flow of movement”. “We can no longer dissociate the dwelling from the flow of movement” Claude Parent declared. Henceforth, it is the movement of people that will breathe dynamism into architecture. IN GERMAN! 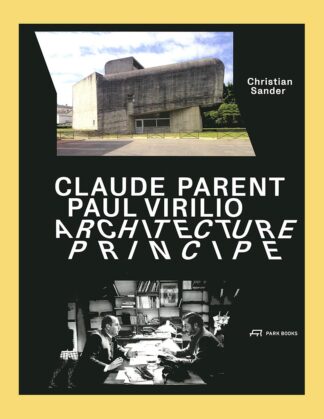