Criticism, History and Theory since the 19th Century

For centuries, architecture has been one of the most publicly discussed subjects, by architects and users or inhabitants, but also by critics, theoreticians, historians, and writers. This book offers an overview of these discussions in the Western world, by means of four thematic trajectories, focused on housing, society, history, and art. Each of these four chronological paths starts in the 19th century, traverses the 20th century, and ends as closely as possible to the contemporary moment. The stepping stones are historical documents – texts, books, essays, and articles – that are analyzed, interpreted, criticized, and compared. The aim of this book is to show that architecture remains a vital subject matter for anyone interested in our contemporary world and its recent history. Reading, inquiring, and thinking are essential for making substantiated choices, with architecture as a starting point. The writings discussed in this book, both canonical and virtually unknown, are condensed into little pearls of knowledge, attached unto a string, and put together to form a kind of necklace – a talisman that can help us understand and face the present condition. 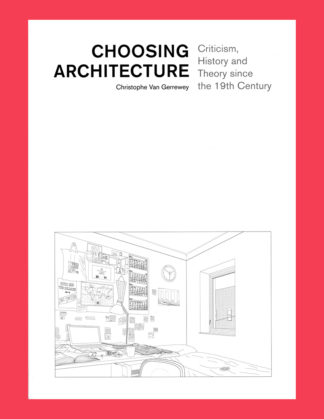