Dutch artist and writer Charlie Koolhaas grew up in London, UK and currently operates a studio out of Rotterdam, Netherlands where she lives. In her new book, Charlie Koolhaas takes us to London, Guangzhou, Lagos, Dubai and Houston, cities in which she has either lived or worked. Her personal and humorous account explores the rapid changes taking place in these culturally vastly different metropolises that are being united by the influences of global trade and the evolution of a shared global culture. A captivating combination of photographic documentary and written testimony. City Lust portrays a global landscape that contradicts the current pessimism—to reveal new creativities, unexpected possibilities and intimate connections that emerge despite huge global and economic divides.

In 2004 Charlie Koolhaas (daughter of architect Rem Koolhaas and artist Madelon Vriesendorp) received an MA in Interactive Media from Goldsmith University, where she created a visual language of animated giffs for the newly developed picture phone, founding a phone content company Offkey TV. In 2005 she moved to Guangzhou, China where she founded and edited the international journal UNIT magazine. In 2007 Charlie was co-curator of the Shenzhen Biennale of Urbanism and Architecture, China. In 2008 she was commissioned to photograph Dubai for the exhibition Dubai Next at Vitra Design Museum, Switzerland, her installation featured a 45 meter long fabric book of 500 images.

Her book Metabolism Trip on the Japanese Metabolist architecture movement was published by Hebonisha publisher in 2012 and Evolving Spaces about Dubai by Brownbook also in 2012. In 2017 she self published the book What happened in Rotterdam about her current home city in the Netherlands which became an installation for BLUEPRINT exhibition at TENT contemporary museum in Rotterdam.In 2013 Charlie Koolhaas held a position as a visiting professor of Visual Culture Studies at TUDelft, Netherlands. She taught critical theory in the Radical Cut-up MFA at the Sandberg Academy In Amsterdam in 2018. Along with her photography course ‘Urban Treasures‘ in 2014 at Strelka in Moscow, she has been a visiting lecturer at universities ETH Zurich, HEAD Geneva and Harvard School of Design. 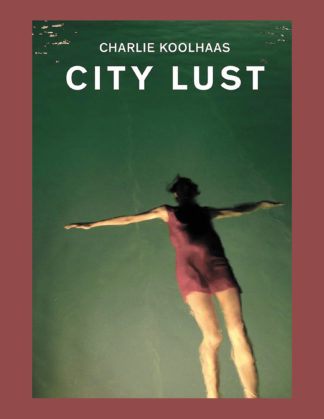